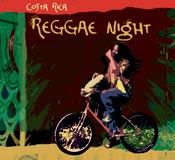 The origin of reggae in Costa Rica dates back to the 1920s, when Jamaican leader Marcus Garvey evoked his ideas and beliefs throughout the Caribbean province of Limon. Born in St. Anne’s Bay, Jamaica, the future birthplace of Bob Marley, Garvey is considered the prophet of Rastafarianism. So, it is easy to see how reggae music is considered a kind of Costa Rican folk music.

Remaining consistent in its mission statement, Papaya Music recently unveiled its newest release, Costa Rica Reggae Nights. The CD embraces a variety of Costa Rican reggae bands and styles. Included on this disc are eleven bands, demonstrating the versatility during a span of the past two decades of reggae in this country. All the recordings were previously unreleased and the compilation offers songs in Spanish, English, and Limon Creole.

Bamaselo’s lead singer, Michael Livingston, was the first Costa Rican to sing Bob Marley songs in Spanish. The band got its start in the mid-1980s. Bamaselo means “we are going to do it” and they certainly do so on both songs preserved on this disc, with their highly inventive style of Latino and Jamaican music.

Mentados is from the new breed of twenty-first century reggae, which at times combines Latin punk and ska music into the reggae stew. “Frente al Mar”, their contribution on this compilation disc, is a good example of Mentados’ spin on modern reggae. Born and raised in Puerto Limon, Roberto Clarke was an original member of the Baby Rasta band. In 2001, he ventured south to Cahuita and formed the Trinity Roots Band. Their song “Modern Times” demonstrates the more laid back style of southeastern Costa Rica reggae. 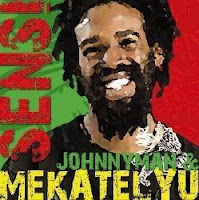 Native Culture calls San Jose home. They have been together for nearly five years and recently completed their first CD. “Don’t Cry” is an example of the “old school” following in Costa Rica, more in the style of Bob Marley. It is a great example of how good a band can sound after playing together for half a decade. Next up is Ragga by Roots, with the song, “Baby Broke”. This quartet was founded in 1996 and had an immediate hit with “Jump to the Sound”. Both these songs are indicative of the rhythmic, less structured form of reggae dubbed “ragamuffin”. The last spot on the disc was appropriately reserved for Mekatelyu, the new bearers of the Costa Rica reggae torch. Lead singer Johnnyman’s easily identifiable voice on “Don’t Worry My Girl” is the trademark of the band, confirming its place in modern Costa Rican reggae.

The packaging on this disc bears the same standard as with all prior Papaya CDs. Even the artwork on the disc itself is undeniably Papayan, as they demonstrate again their astute drive to chronicle any and all Costa Rican music. Costa Rica Reggae Nights is available at the Jaime Peligro stores in Playa Tamarindo, Tilaran and Quepos, where they will gladly sample the music for their customers. Any comments concerning this article are welcome.
Posted by Jimmy Danger at 11:30 AM No comments: