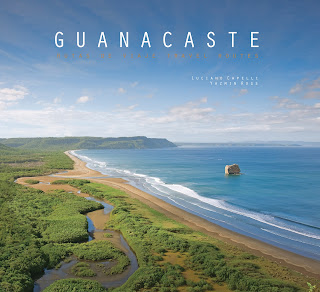 One of the big keys to being a successful nature photographer is patience: the light needs to be correct or the clouds are not in the right place today, for example. Of course, you still need talent and ideas and good equipment, but without patience, the end result most times would not look as good. Luciano Capelli has proven that he is a patient man. Sr. Capelli is one of the four founders of Papaya Music, Costa Rica’s premiere recording label. Among his other duties with Papaya, Luciano has always been at the helm of the Visual Images department. His wife and co-founder Yazmin Ross handles the written word. Together, they recently released “Guanacaste – Travel Routes”, a photographic journal of this province, accompanied with written captions for the photos and introductions to each of the seven sections.
The images in the book are stunning. In a recent exclusive interview, Luciano explained to me that he took approximately five thousand photos over a period of more than two years as base for the three hundred photos that ultimately made the final cut into this book. In most cases, Sr. Capelli was using three cameras: a panoramic 120, a panoramic 35mm, and his trusty hand-held digital. The patience needed for this kind of selection and editing process speaks for itself. It is not every day that a photographer can catch a school of manta rays leaping out of the water, as if on cue… He also confided that he used a very high-resolution printing process that helped produce the incredible results, along with augmenting his own photos with about fifty others by Pablo Cambornero and Simone Manzo in addition to the underwater photos of Diego Mejia. 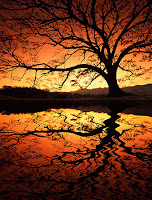 The journey really began in 2005, when Papaya recorded “Al Pie del Balcón”, a compilation CD of historic serenades from Guanacaste. Luciano became infatuated with the landscape of the area, and a new romance began. During the selection process for the images Luciano would ultimately choose and while Yazmin was writing the accompanying verbiage, the photos began to fall into distinct categories and a theme for the book presented itself. The final result is seven chapters: Marine Routes, Volcano Routes, Pre-Colombian Routes, Routes of Tradition, Ranch Route, Nature Route and Summertime Route. There is an introductory passage titled “Routes to Get Lost In”. I’ve never seen such a unique premise and presentation for a book on travel routes. As always, Yazmin Ross’ descriptions are informative and instructional, yet easily digestible at the same time. It’s a special writer with a gift who can be interesting while informing their readers and Ms. Ross has that gift.
The team has put together an incredible virtual tour of the making of the book, complete with video footage by Sr. Capelli, accompanied by another founder of Papaya Music, Manuel Obregon, with his unmistakable piano work. To enjoy this presentation, simply go to: http://www.ojalacomunicacion.org/guanacaste/rutas.htm
Once again, Luciano and Yazmin have demonstrated where their hearts are: the first 2,200 copies have been donated to schools, public libraries and to the Ministries of Culture and Conservation and other relevant outlets where the book will be accessible to students, conservationists, and the general public. Playas de las Palmas, Fundación Natura-Cultura and Banco Nacional backed the project and Capelli and Ross extend their gratitude to Alessandro del Bello for his contributions to make their idea a reality.
Luciano is overflowing with anecdotes that occurred while working on this project. Perhaps their next book should be “The Making of Rutas de Viaje”. I would read it!
In Tamarindo, Quepos and Nuevo Arenal, this book is available at Jaime Peligro book shops. Jaimepeligro123@hotmail.com
All comments concerning thhis article are gladly welcomed.

Posted by Jimmy Danger at 3:01 PM No comments: 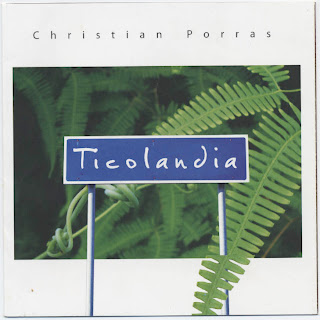 According to an old adage, we are judged by the company we keep. In no other environment is this truer than in the music world. No successful musician wants to waste his time with a new artist lacking in talent or charisma. That being the case, I think it is safe to say that Christian Porras has emerged as a voice in the new generation of Guanacaste music. Sr. Porras recently released “Ticolandia”, his first album, which is a collection of his own songs. But the solo project ends there. He was aided in the studio by his friends to record the tracks.  And it is the appearance of these fellow-musicians that lends credence to the strength of Christian’s voice and songwriting ability.
Joining singer/songwriter/guitarist Christian Porras on the album is world-travelled keyboard player Andres Piedra, appearing on several cuts. Piedra plays in the popular band Blue Jazz along with bassist Randall Nagera, who also performs on the disc. When he is not playing with Blue Jazz or the popular Tico-Celtic band Peregrino Gris, Nagera also plays bass in the Pop band Time’s Forgotten, alongside percussionist Jorge Sobrado, who also lends a hand on this CD. All this might sound a bit convoluted but there is a simple point to it: these musicians know each other and their familiarity shows in their playing on the disc. It also speaks volumes about them allowing Christian into their musical circle. And for good reason: Ticolandia floats out of the speakers, the lyrics full of local cultural and geographic references, including peaceful volcanoes and butterflies that dance in the wind like leaves freed from their trees. And there is a good portion of coffee and humor, embraced in a poetic world of romanticism. The musicians match this mood with their accompaniment and Christian’s voice is a perfect vehicle for the sentiment of his songs. 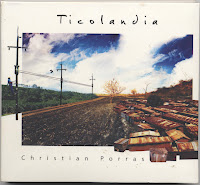 In the CD’s liner notes, Porras describes Ticolandia as “a surreal landscape that reflects a volcanic exotic land nestled between two vast seas.” He goes on to explain that Ticolandia “is not covered with roses, but with great pride for my motherland I can say it is a beautiful unique landscape in this ever-changing Latin American land”.
It should also be mentioned in the “Good Company” department that Ticolandia is produced by Dartempo, an organization born in Guanacaste in 2004 with the express purpose of promoting the diverse cultures and arts of this area. The disc was mastered by Eugenio Saenz, a member of the board of Costa Rica’s Cultural Radio. The album has also received a lot of airplay on ICER, the radio station sponsored by the Nacional Educational Institute, thanks largely to Miguel Jara Chacon, ICER’s executive director.
Guanacaste has always been in a unique cultural bubble and there has recently been a flowering of a new generation of musicians from this area. Malpais probably planted the seed. It’s nice to see the movement blossom with the likes of Christian Porras and Ticolandia.
The album is available at Jaime Peligro shops in Playa Tamarindo, Quepos and Tilaran, where they will gladly sample the music for their customers. Jaimepeligro123@hotmail.com  Any comments concerning this article are welcome.
Posted by Jimmy Danger at 11:21 AM No comments: