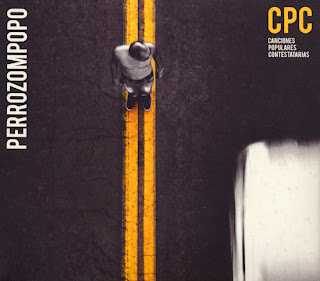 Charles Darwin had it right: the strong survive and adapt to their ever-changing surroundings while the weak ones become mere memories. And the Darwin Theory can be witnessed in action in Managua, Nicaragua with the rock star Perrozompopo. Even the stage name he chose is indicative of his tenacity. Loosely translated, perrozompopo is a colloqialism for "street smart" but the nickname was actually first given to a species of gecko who stowed onboard in crates of goods coming from Cuba to aid the Sandinista uprising in Nicaragua in the 1970s. These non-indigenous lizards, easily identified by the red marking on their foreheads, quickly took over, running out all the local geckos, and a nickname was born.

Now, in the Twenty-first Century, the musician Perrozompopo (aka Ramon Mejia) has delivered another classic example of evolution. His first album, "Romper el Silencio" established his voice and style as a rocker with a message. The music is straight-forward Rock and the lyrics are about being politically and socially active in working toward beneficial change. The album caught the attention of Papaya Music, Costa Rica's major music label, who signed on to distribute the disc. The second Perrozompopo CD, "Quiero Que Sepas" took on a varied look from the first. The lyrics kept his initial theme, concentrating on the plight of Central American women. For half of his new songs, he continued to employ his Nicaraguan urban rock band to accompany him. For the other half, Papaya brought him into their San Jose recording studios and surrounded him with talented, successful Costa Rican musicians, including members of the popular band Malpais and the three-time Grammy winners Editus. Another subtle change was printing the liner notes and lyrics in English as well as Spanish. The result was a more marketable, palatable product that allowed for a wider audience, further enhancing the evolution.

The new Perrozompopo album, "Canciones Populares Contestatarias" sees the artist reunited with his Managuan band, including new lead guitarist, Federico Miranda, who adds a little more punch and distinctive style than his predecessor. This entire album was recorded in Nicaragua and was funded by the Spanish Agency of International Cooperation for Development, another feather in the cap of the street-wise survivor, who is rapidly being portrayed as the voice of a Nicaraguan generation. The twelve song disc kicks off with "9 Dias", a song written a year ago about the trials and tribulations of living in a poverty-stricken country. In fact, four of the songs were written more than a year ago, as if the author was waiting for the right time to release them. Other standouts include "Cancion Toxica", "Mirando al Sur" and the final cut, "Angel del Cielo", a beautiful ballad and fitting close to the album. Perrozompopo seems more comfortable in his own urban setting, no matter how volatile it might be, since this is what the theme for the bulk of his songs is. And he always seems bent on positive change, and survival. Darwin (and Sandino) would be proud of him


All of Perrozompopo's CDs are available at the Jaime Peligro bookstores in Playa Tamarindo, Tilaran and Quepos, where they will gladly sample the music for their customers. All comments concerning this areticle are welcome.
Posted by Jimmy Danger at 3:27 PM No comments: 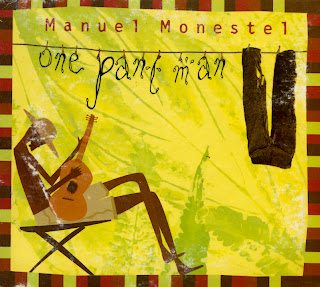 Songs of a One Pant Man

Manuel Monestel is a modern-day troubadour, in the truest sense of the word.  He travels up and down the Caribbean coast of Costa Rica, at times venturing into Panama, to sing his songs and participate in adventures, some of which are destined to become new chapters to his ever-expanding repertoire. On his initial CD, One Pant Man, Monestel borrows the title track from his long-time buddy and fellow Calypsonian, Walter Ferguson, aka Dr. Bombadee, so it comes as no surprise that they both record for Papaya Music.

Monestel recorded two of Ferguson’s songs for this disc, as well as one from Herbrth Glinton, another Calypso singer/songwriter from the Costa Rica Caribbean area. The remaining tunes are all original compositions. Through the songs, he leads the listener along his journeys in search of “the secret connection between Calypso and the blues”. Manuel is part of a new generation of regional Coats Rica music and musicians, finding their collective niche and paying homage to a revitalized tradition.

So, when you thinking of modern Calypso, don’t think of Harry Belafonte…On the song “Next Creation”, for example, Monestel sings about wanting to be a dog, and specifically, anything but a human being, in his next incarnation. And on the title cut, “One Pant Man”, the singer finds himself with a woman much younger than himself, who accuses him of being so poor that he possesses just a single pair of pants.

Manuel Monestel covers the three songs of his friends in English. His original material is sung in Spanish, in his clear, sweet voice. He accompanies himself with clean picking on his acoustic guitar. In this sense, Monestel is something of a folk singer as well. In the song, “Costarriquica”, he peers into his country’s diverse potential future, venturing into political and social topics on one hand and equally comfortable singing beautiful romantic songs about the people and places he loves in Costa Rica. “Arrecife de Coral”, in particular, has Monestel’s brand stamped on it. The song is about a dream the songwriter has – a coral reef filled with warm water and marine wildlife. The warm waves wash the soul and coconut trees on the beach sway and dance in Calypso rhythm. The wind whistles a melody and congos call a harmony, while the Cahuita sky entices a sleepy tan. The tropical forest is in good company, so full of life. And the world rotates, with luck, enough to share for everyone. Sr. Monestel then sings in his native Spanish about how difficult it is to awaken from this dream and witness the “Occidental Powers” ruining this idyllic scene.

The CD was produced by Manuel Obregon, who also plays piano on a few of the songs. The complimentary artwork on the CD jacket, insert and booklet is by Senora Pricilla. The disc opens a new chapter in Costa Rica folk music, bridging a generation, in true Papaya Music tradition. His CDs are available at Jaime Peligro book store in Playa Tamarindo.All comments concerning this article are gladly welcome.
Posted by Jimmy Danger at 1:19 PM No comments: