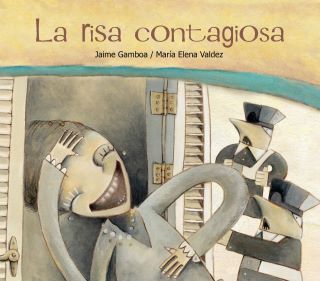 Laughter Is Contagious
In the New Pachanga Kids Book

Imagine a land where none of the citizens speak but rather communicates in colors instead. Every tint has a meaning and every hue has its own connotation. People quietly express themselves with these colors and by gestures and, of course, by their actions. The place is called the Silent Country and there is no place more beautiful.
The Costa Rican publishing house Pachanga Kids recently unveiled its newest book, simultaneously in Spanish and English, titled “La Risa Contagiosa”, or “Infectious Laughter”. The story begins as described above, with wonderful illustrations by the Venezuelan artist Maria Elena Valdez throughout the book and they play a major role in depicting the sequence of events. The story itself is the creation of Jaime Gamboa, a founding member of the popular Costa Rican band Malpais. As with all Pachanga Kids books, the storyline is not only entertaining for the young readers; it conveys a nice message for them (and their parents too) to think about after they have finished the book. Along the way, Gamboa has sprinkled the story with enough innuendos and asides to keep the adults’ interest, too. I don’t think it is a secret that least at certain times in the story, Fidel has used Costa Rica as a model for his beautiful country in transition.

Pachanga Kids launched its line of books for young readers in 2007 with “El Mar Azucarado – Sea, Sweet Sea”. It is a hardback book, printed in Spanish and English, side by side on the same page, with a CD containing the theme song in both languages as well as an instrumental version. The book was quickly embraced by the public and two subsequent books with CDs followed: “El Coyote y la Luciernaga (The Coyote and the Firefly)” and “The Mono Paparazzi”. In 2010, Pachanga Kids’ matron, Yazmin Ross unveiled three activity/coloring books based on these successful storybooks and they, too, have been very popular.

But back to 2012 and the “Infectious Laughter”. Always looking for new approaches, Pachanga Kids has released this new book in a softback edition in Spanish and English separately. In either language, the story remains memorable. When the people of Silent Country run out of tint and dyes, when the well literally runs dry, they have to find new ways to express themselves. A colorless world does not work for them, so they need to find a solution outside the parameters of their known world. After all, what good is a black & white rainbow? I’m happy to report that the citizens do indeed find a workable solution and a wonderful lesson is imparted as well.
Once again the people at Pachanga Kids are to be commended for their innovative approach and their pursuit of art and education. Their messages tend toward teaching children to collaborate and have fun doing it. The new book is the first joint venture between Pachanga and Grupo Amanuense, a Guatemalan publisher that specializes in cultural and educational material for people of all ages and walks of life; and so Pachanga Kids has built a bridge with their neighbor.
Both versions of “La Risa Contagiosa” are available at the Jaime Peligro book stores in Playa Tamarindo, Quepos, and Nuevo Arenal.  Any comments concerning this review are gladly welcomed.
Posted by Jimmy Danger at 8:11 AM No comments:

The Gentle Swing of Rialengo 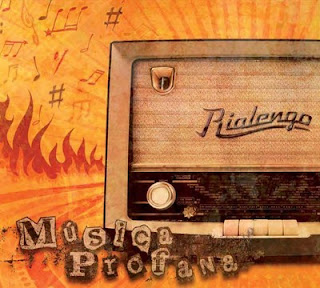 The Gentle Swing of Rialengo

The first time I listened to “Musica Profana”, the new CD by Rialengo, I found myself being impressed time and again by the vocal and instrumental harmonies and the seamless, gentle flow of the melodies. The music is a mesh of Cumbia, from Colombia, and Swing Criolla, which itself is a marriage of Peruvian Criolla and American swing music, all blended in a Costa Rican, Latin stew.  Francisco Murrillo, the singer and songwriter of the band, has a perfect voice to portray this flowing music. Francisco was born in Rialengo, a neighborhood in Guapiles, on the road to Limon, on the Caribbean shore of Costa Rica.

The ten song disc reaches out still further musically, embracing influences from such diverse styles as Reggae, electronica, straight-forward Rock and even rap, all the while not losing its Swing Criolla backbone. And the music simply floats along, a very Caribbean sensation, indeed.  The opening “Intro” sets the mood right away, followed by “Cumbia” with the vocal harmonies of Bernardo Quesada and Karla Gutierrez. The use of female accompaniment on vocals is a very nice vehicle for this style of music, the harmonics blending beautifully with Francisco’s voice. Guitarist Carlos Delgado shows his expertise throughout the disc, especially on the reggae-influenced “Andar el Camino” and the rocky “La Malacrianza”; Carlos has been a part of the Costa Rican music scene for more than two decades, bringing an impressive resume with him, having played and recorded with too many names to list here, so I will only mention Manuel Obregon, Ray Tico, Perrozompopo, The Escats, Jazz Garbo and Bernardo Quesada, who co-produced the album with the band and sings back-up on many of the songs. Quesada recently released “Donde Te Espera Mi Nombre” with Rumba Jam, another swing Criolla CD, but of a more metropolitan sound, with more brass and horns. I would consider the two albums more complimentary than competitive.

But back to Rialengo and its diverse, smooth groove. I like the accompaniment of Hector Murillo on accordion on the song “Fin del Mundo” and the suave clarinet playing by Checko Davila on “Musica Profana” to lend to the sound of the American Swing era. I also think the exemplary keyboard work by Nelson Alvarez helps give this harmonic music a rich, full texture throughout the album. And guest appearances by Guadalupe Urbina, Yaco and Perrozompopo add to the disc’s diversity, as well as giving a nod of approval from these seasoned veterans.  The fact that Papaya Music, one of the premiere labels in Central America, has decided to distribute this project also speaks a lot about its potential.

Swing Criolla is definitely undergoing a revival, potentially putting the musical genre and its accompanying dance style on the international map. When it does, Rialengo and the aforementioned Rumba Jam will be there to take their bows, and then, who knows, possibly go on a world tour together. Until then, their CDs are available at the Jaime Peligro book stores in Playa Tamarindo, Quepos and Nuevo Arenal, where they will gladly sample the music for their customers. Any comments concerning this article are welcomed. Check our Tamarindo Jaime Peligro site on Facebook.
Posted by Jimmy Danger at 8:05 AM No comments: 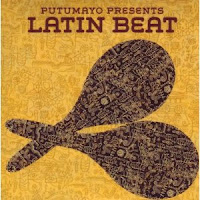 Latin music in varied forms has gone global in the Twenty-first Century, in no small part thanks to Putumayo Music. Oh, and Shakira and Carlos Santana. Putumayo recently released their new CD, “Latin Beat”, showcasing rising stars of the Latin Pop, R&B and Salsa genres and it is an impressive collection.
The album opens with the Cuban band Moneda Dura, a band formed by two University of Havana students, singer/bassist Hugo Fernandez and singer/guitarist Nassiry Lugo. They have created a stylized Afro-Cuban rhythm to a Pop sound and on the song, “Goza” they incorporated vocals by Ibrihim Ferrer, who gained notoriety in the Buena Vista Social Club. It’s a great opening number for the disc, with a bright, alive sound from the first notes.
The Colombian band Profetas also turn in a strong number with “Chocolate”. This band was also formed by two musicians, but they were from very different parts of Bogota: Antombo Langangui offering an Afro-Latin beat, played against Paul Fortitude’s hip-hop influence. One of my favorite cuts on the album is “Locuraleza” by Jontre, from Medellin, with their use of clarinet, blending the traditional Colombian genre with a modern Pop Latin sound. I also am partial to “Guajira” by Grupo Lokito, a Twenty-first Century version of The Funkadelics. This UK based band creates a gumbo of Congolese, rumba, salsa and seben, soukous and Cuban son. Founded by pianist Sara McGuinness and Jose Hendrix Ndelo, they have a frontline of truly glitzy performers, just coming off a very popular and successful live tour that culminated at the London African Music Festival.

Other standouts on this eleven song compilation include “Echale Guarapo” by the Cuban band Edesio, short for wiz kid Edesio Alejandro Salva, a master of electronica who has worked on many television shows and movies and was nominated for a 2010 Latin Grammy as well as a 2011 American Grammy; the Ecuadorian band Sarazino plays “Pelo Shao”, an Afro-Latin reggae song by the band’s brainchild Lamine Fellah, who was born in Algeria, raised in Quito and attended college in Montreal, before returning to the Andes; Mariposa Solar turns in a nice performance, too, with “Bonita Mente-Bonita Suerte”, a song that fuses acoustic South American folk with bossa nova, funk and cumbia, a unique blend, indeed; similarly, the Spanish band Digitano mixes gypsy flamenco with layers of synthetic effects on “Asi Sin Querer”.
And Latin music from New Zealand? That is precisely what you get with Sola Rosa, the stage name for Andrew Spraggon, a one-man band from Aukland that grew to four members and are currently touring Europe and the U.S. with their brand of hip-hop, funk and jazz to a Latin beat.
If I have a knock on this compilation, it is that of the eleven songs, seven of the bands are from Cuba or Colombia. I would like to have seen a little more diversity, but the presentation and all the songs are successful in their portrayal of the popularity of the Latin Beat in the Twenty-First Century.
Latin Beat is available at the Jaime Peligro book stores in Playa Tamarindo, Quepos and Nuevo Arenal, where they will gladly sample the music for their customers. Any comments concerning this article are welcome. Please check out our Facebook page at Tamarindo Jaime Peligro.
Posted by Jimmy Danger at 12:57 PM No comments: