Jaime Gamboa and His New Costellation 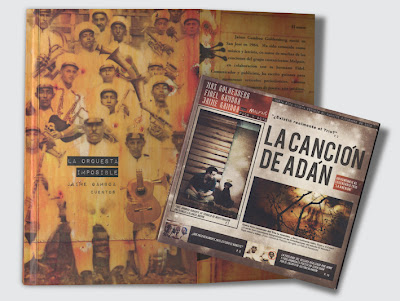 Jaime Gamboa and His New Constellation

The Guanacastecan band called Malpais is currently the most popular musical group in Costa Rica, and for a good reason: they are loaded with diversely talented musicians and there songs are contagious. A large majority of the band’s songs are written and sung by the guitarist Jaime Gamboa, who founded Malpais a decade ago with his brother Fidel, who plays bass guitar for the group. Early in the band’s history, they caught the attention of one of the founders of Papaya Music, the pianist Manuel Obregon, who now also plays in Malpais. Like Obregon, Jaime Gamboa likes to create new music that at times pays tribute to his musical roots. And like Obregon, Gamboa is also something of a music historian with a personal ambition to preserve in recordings some of the folkloric and regional music and musicians who are quickly fading into an irretrievable past. This interwoven combination of influence and motivation is what I consider being truly “true to your school”. 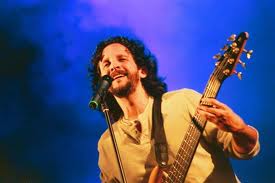 A result of this combination of aspirations is that Jaime Gamboa is a many-faceted person. He has been involved in Tierra Seca with his uncle, Max Goldemberg. He was instrumental in recording Al Pie del Balcon, an album of traditional Guanacastecan love songs. He has written books for young readers, books of poetry and participates in La Orquestra Esporadico. Whew! The word “prolific” comes to mind, but I don’t think that one phrase says enough.
Sr. Gamboa’s new venture has the appearance of a new horizon for him, a multi-media project that includes literature, music and the use of the internet. The physical part of this new project, the CD and book of short stories, come packaged together. The album is titled La Cancion de Adan and features Jaime at times solo, accompanied Malpais on other occasions and simply brother Fidel and Uncle Max on others. But this is not by any stretch of the imagination a continuation of Malpais or Tierra Seca; to the contrary, I believe it is the continuation of the vision or dreams of Jaime, at times with his friends along for the ride. The songs are a collection of “traditional” and original scores, but the entire project takes on the look of an invented character and universe, so I suspect all the songs are actually Jaime’s. The photography and graphic design by Luciano Capelli are impeccable in displaying the overall ethereal mood of the project.

The collection of short stories, titled “La Orquestra Imposible” is other-worldly as well, in its own style, with stories about Jonas and the songs of Adam, characters who straddle the line between history and fiction. This work is divided into two parts, seven vignettes in total. I think it demonstrates Gamboa’s versatility (he’s a musician by trade, after all) and his full embrace of his vision. Jaime Gamboa is methodically becoming a spokesperson for his country and his generation.
The new CD/book collection and all Papaya CDs are available at the Jaime Peligro book stores in Playa Tamarindo, Quepos, and Tilaran, where they will gladly sample the music for their customers.All comments concerning thihs article are welcome.
Posted by Jimmy Danger at 8:01 AM No comments: