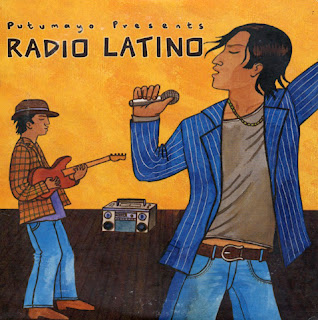 When Rock & Roll was in its infancy, Latin rock was represented only by gimmick songs, ala “Little Latin Lupe Lou”. Along came Richie (Valenzuela) Valens in 1959, putting Latinos on the Rock and Roll map, giving them a lot more credibility, with hits like, “La Bamba”. His early, untimely death closed that chapter and Latin rock fell back into hibernation for nearly a decade.
On an April night in 1968, I was at a concert at Bill Graham’s fabled Fillmore Auditorium in to see the band The Youngloods. The unknown, opening band’s guitarist played their entire first set behind his amplifier. No one could see him but he certainly had everyone’s attention with his innovative, blazing guitar work. There is really no other way to describe his style. As it turned out, this shy guitarist was also the band’s leader and namesake and for their second set later that night for the Carlos Santana Blues Band, he graced us with his presence on stage. Over the course of the next year, Santana (the band) would shorten their name, release their first album and play at my high school. Twice. I actually got to talk with Carlos and bassist Joe Brown between sets at one of these shows. With their performance the next year at , the floodgate would open for a artists, all the way to the present, for artists like Shakira and Mana. Every one of these musicians has Carlos Santana to thank for that.
Over the past ten years, Putumayo Records has set the trend for World Music, basically inventing the term. They recently released a new CD titled, “Radio Latino” comprised of eleven Latin artists from all over the globe, including , , , , and even the The result is a compilation of radio-friendly songs of contemporary Latin pop music.
The first song, “Princesa”, by Sacha Nairobi of sets the pace: up-tempo, fun Latin songs with a danceable beat. Other notable tunes include ’s Kevin Ochoa doing “Viento y Tiempo” and Los Pinguinos from performing the snappy, “Cielo de Scarlata”. The offering of “Mulatica Mia”, by the ’s The Toa of Groove is a great example of what happens when Lounge meets Latino. And Cubano music is well represented by Raul Paz with his rendition of “Mama” and Jorge Moreno closing out the disc with a stirring version of “Candelita”. checks in with “Vagabundo” by Martin Buscaglia. Throughout the disc, in fact, the use of horns has done well to represent the lush Latin rhythm sections, which are an integral part of the Latin Rock genre. The packaging for the CD is done in true style, complete with a booklet in Spanish, English and French that includes a blurb on each performer. All told, Radio Latino is an indicator of how Latin music has carved a niche for itself in the Pop mainstream.
Radio Latino is available at the Jaime Peligro bookstores in Playa Tamarindo, Nuevo Arenal and Quepos.All commetns concerning this article are gladly welcomed.

Posted by Jimmy Danger at 11:26 AM No comments: