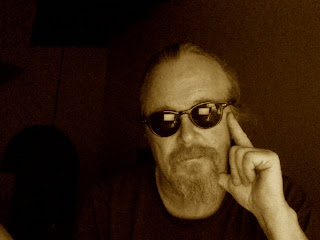 Many Lives of El Gato

Terry McLaughlin is a cat of many lives. He is an educated, interesting conversationalist and he loves to blow harp to some low-down, dirty blues. Terry was born in Letcher County, Kentucky’s poorest and has a sharp sense of humor that is somehow unable to hide his softer, compassionate side. He’s a cat of many lives, a few of which, he is ready to admit, he blew through when he was younger and time was expendable. Terry told me that gospel and “porch music”, especially of the Appalachian variety, were his first exposure to his lifelong fascination with music. He had his first paying gig as a musician at the age of thirteen and has been at it some forty-odd years since. After a lifetime of touring, in the new incarnation of El Gato, Terry and his wife Lynn have now been living in the Tamarindo area for about ten months. Terry shows up regularly at the Wednesday night Open Mike shows at Pasotiempo and this guy is a walking music encyclopedia, a true fellow music geek. He’s played in dozens of bands throughout his career and has played with some of the true blues greats, such as the three Kings: Albert, Freddie and B.B., and with Carla Thomas, who recorded with Otis Redding. Honestly, I’m in awe. And it is apparent in his stage presence that he is comfortable in his skin, a born “Front Man”.
I recently picked up a copy of Terry’s CD, “El Gato”, an impressive collection of eight blues standards, recorded at the Dead Mule digital recording studio. The songs were recorded live, with Terry playing keyboards on the main tracks. He then went into the studio and overdubbed his harmonica work and background vocals. I thought it was a nice technique to intersperse songs with Terry accompanying himself only on harp in between songs by a band of hand-picked musicians whom he had worked with at various stages throughout his career and that he assembled for this recording. The guitarist, Little Little Milton, also played and recorded with Rufus Thomas. Terry had played with LLM but they had lost touch with each other. Twenty-five years later they ran into each other in Richmond, Virginia. Terry considered it a sign and recruited Milton for the session work; turned out it was a positive sign as the guitar work is slick and clean on the CD.
The album kicks it off with Terry covering the Mississippi Sheiks hallmark “Sittin’ on Top of the World”. The second number unveils the band performing “634-5789”, a Wilson “The Wicked” Pickett gem. The band also does a great version of The Temptations classic “Just My Imagination” and Stevie Wonder’s “Higher Ground”. Terry also does deft solo delivery of Muddy Waters’ “Hoochie Coochie Man” that he should be proud of.
El Gato has been performing solo around town, at Kahiki Restaurant and with the Leatherbacks at the Open Mike sessions at Hotel Pasotiempo on Wednesday nights. Terry recently performed a four hour solo blues revue at El Pescador that included an incredible tribute to Ray Charles. He is definitely worth checking out. Terry has performed at a plethora of private and corporate events and is available for bookings at terrymack55@aol.com or 8683.2408. With his musical expertise, I am sure he can streamline his show to accommodate any needs. You can pick up a copy of “El Gato” at his shows or at the Jaime Peligro book store in Playa Tamarindo.
Posted by Jimmy Danger at 8:32 AM No comments: