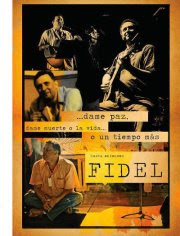 A little more than a year after the sudden passing of Fidel Gamboa, I thought it might be time to look back on the impact of the band Malpais and the void created by Fidel’s tragic, early death, creating an end to this very popular musical group.
Although the band had been together for some time, there first national exposure came in September of 2002, when they provided the back-up music for their uncle Max Goldemberg and his musical partner Odilon Juarez, for a recording at the Spanish Cultural Center in San Jose that was released as “Tierra Seca” on the Papaya Label. Though technically not a Malpais album per se, it reveals the genesis of a band that understands how to play as an intricate unit.
“Malpais Uno” was released the following year, a stunning initial venture of eleven new songs penned by the Gamboa brothers, demonstrating their Guanacastecan folkloric routes, but with their own contemporary, jazz influenced sound. Several of the songs on this album were destined to become classics, including “Son Inu’”, “Como un Pajaro” and “Malpais”. To date, “Malpais Uno” has sold more than 25,000copies, an astonishing number in a country the size of Costa Rica. In 2004, “Historia de Nadie” came out, the Gamboa boys unleashing their prolific songwriting abilities and the band evolving into sound genre uniquely their own. The album has sold more than 18,500 copies. I think they always demonstrated this willingness to leave open space for improvisation and growth and that this was an element that kept it interesting for all the band members as musicians.
Recorded in 2006, “Malpais en Vivo” proved to be a vehicle to showcase these improvisational skills throughout their recital of ten of their popular songs and four new ones. The crowd response throughout the concert is indicative of their popularity. The CD has sold more than 21,500 copies, an incredible amount for a live recording. It also introduced Daniela Rodriguez as a new vocal member of the group.
The band’s next album, a twenty-six song, two disc, herculean monument titled, “Un Dia Lejano”, was released in 2009. It included a montage of session players, including a six piece horn section. It created a grand stage for the group to stretch out and grow and has sold an impressive 8, 5000 copies, which are really 17,000 discs of music…
Released, the same year, “La Cancion de Edad” was a “hidden” Malpais album, kind of a follow-up to Tierra Seca that included Max Goldemberg. It’s a “back to the roots” project, with an obvious traditional Guanacastecan folk backbone, once again in presented with a contemporary twist. It’s been a well-kept secret, selling a little over 3,000 copies. In 2010, the Gamboa brothers set out to help commemorate the twenty-fifth anniversary of Vision Mundial, an institute in Costa Rica to help orphaned and homeless children here. The project began with five songs, but when the brothers brought the work to the rest of the band, it grew into an entire album, “Hay Ninos Aqui”. All proceeds from the album, which has now sold more than 6,000 copies, go to Vision Mundial, a true barometer the Malpais heart.
Following the passing of Fidel last year, the remaining members of the band searched through the final songs he had been working on in the studio, and put together “Volver a Casa”, a gift to their fans. It has sold nearly 7,000 copies. It may seem cold, but I mention the numbers throughout this article because I feel it demonstrates the impact this group has had: nine discs in nine years, totally more than 90,000 sales. Numbers don’t lie: Malpais was the Costa Rican group of the decade.
All the Malpais CDs are available at the three Jaime Peligro cooperative bookstores in Playa Tamarindo, Quepos and Nuevo Arenal.
Posted by Jimmy Danger at 3:17 PM No comments: