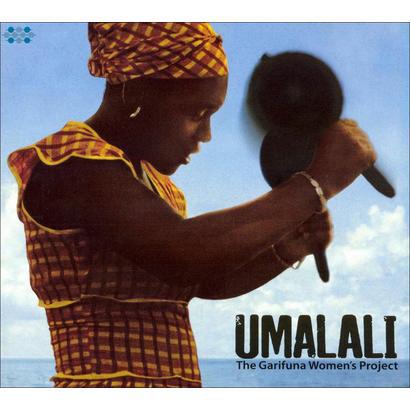 Among other Central American music label owners, Ivan Duran is regarded as an infamous perfectionist. He is also recognized by these same people as passionate, self-motivated and visionary. In 1997, when Duran launched Stonetree Records in Belize, he immediately set about the task of recording and chronicling the music of the vanishing, indigenous Garifuna culture. Five years later, he had completed the rough field tapes – over one hundred songs by more than fifty artists from Honduras, Nicaragua, Belize, Guatemala and El Salvador. It was then time for Ivan to embark upon the second phase of his project: mixing, mastering and generally polishing up the final project. And here is where his meticulous nature again came into play. 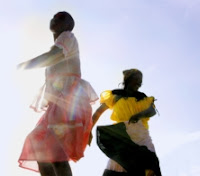 Almost all the songs of the Garifuna culture are composed by women. Their songs generally chronicle events in their community and private lives, be it a devastating hurricane, a difficult childbirth or the return of a wayward daughter. Ivan Duran’s ten year goal has been to preserve and present this unique expression of art which has culminated in Stonetree’s nineteenth offering, “Umalali: The Garifuna Women’s Project”. Generally, Garifuna songs are sung by women as they go about their daily business and are performed in public by the men of the community. Part of Duran’s vision was to have the composers sing their own songs, hence the name: Umalali, which means “voices”. And it is the women’s voices and their compositions that take center stage in this production. The second half of Duran’s project was to supply the accompaniment to the women’s songs. He did so using a combination of traditional and “modern” instruments, applying layer upon layer, a texture to the songs, and then mixing and mastering the music so that it all had a cohesive final result. Make no mistake, this was a true labor of love. In the included booklet there are many nice photos of the women who participated on this CD. There is another that I found revealing: Ivan Duran sitting, crouched in a chair, his chin cupped in his hand. He and two of the women from the project are listening to the guitarist Chichiman rehearsing a track. Ivan looks a little tired, yet absorbed and happy, a man near the end of a ten year journey. It is as if he planted a seed, watered it and watched it sprout and grow. And now, more than a decade later, it is about to bloom.

Duran’s first Garifuna release was “Watina”, the highly acclaimed, award winning CD by Andy Palacio, who was known as “the voice of Garifuna”. Palacio shared Ivan’s desire to preserve the culture and supplied the English translations of the lyrics provided in the CD package. Sadly, Andy Palacio passed away just six months ago at the age of forty-nine. It’s a shame he wasn’t able to see the completion of this historic album.

An introduction is provided by Jacob Edgar, the president of Cumbancha Records, who picked up the CD for distribution. But Edgar’s participation goes beyond that, as he is a long-time friend of Duran, who has followed the travails of his almost overly-meticulous friend who is now ready to share “The Garifuna Women’s Project”. In Guanacaste, Stonetree CDs are available exclusively at Jaime Peligro in Tamarindo, where they will gladly sample the music for their customers. All comments concerning this article are welcome.
Posted by Jimmy Danger at 11:19 AM No comments: