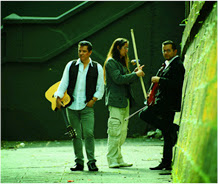 When the non-profit foundation Mar Viva decided to film a documentary for PBS London about the unique wonders of the Panamanian island Coiba, they knew they needed a director who was well-versed in the genre. They selected American Emmy winner, Rick Rosenthal, who had already filmed (and won awards for) “Blue Planet” and “Paths of Life”. And when Rosenthal surveyed Coiba, with its coral reef, the second largest in the Eastern Pacific Ocean, he knew he would need a soundtrack to compliment the wonders above and below the sea that he would be documenting on film. He looked no farther than Editus, a three-time Grammy Award winning band from Costa Rica. The band was his first and only call. 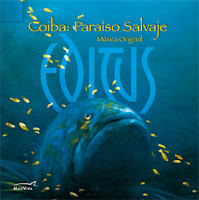 Located in Golfo de Chiriqui, Coiba and its surrounding waters, approximately 430,000 square kilometers, are one of Panama’s prize preserves. The documentary depicts the unique and abundant wildlife on the island itself and in the ocean that embraces it. Editus undertook the task by recording and overlaying indigenous sound to compliment the trio’s instrumental soundtrack. The resulting music, like the area, is one of a kind. Standout pieces include “Sea, Land and Air” and “The Color of Coral”. I’m not sure if some of the musical passages are synthesized or “squeezed”, but the music definitely sounds airy when needed, and aquatic when that is appropriate. All three members of Editus are master musicians and with this disc they demonstrate their capability to broaden their collective scope. 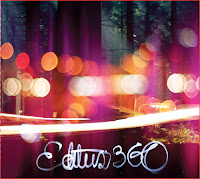 With the Coiba project completed, the band returned to the studio to wrap up their highly anticipated new album, “Editus 360”. I don’t know if the title is a reference to coming full circle, but if Coiba is an example of communing with Nature, then 360 demonstrates the band’s Metro side, as alluded to in the cover art. If Editus was worried about being pigeon-holed as being strictly New Age, this album buries that theory, cleans the shovel and puts it back in the toolshed. Dancing to an Editus CD? Believe it. The trio has pulled out all the stops, using cool, sexy female voice-overs, a synthesizer board, and guitarist Edin Solis applying a heavy bottom on his guitar work to create a big, upbeat and yes, very danceable sound.
Make no mistake: this is still an Editus album, still the same three musicians weaving their musical tapestries as they have for nearly two decades. And maybe it is this familiarity with each other, this compatibility that makes their new direction so seemingly easy for the trio. The band employed Fernan “Zurdo” Castro for the synthesized, electronica effect. In fact, the entire band was plugged in, with Carlos “Tapado” Vargas even utilizing electronic percussive devices. The result is a new sound that somehow sounds very familiar. Together, these two new albums seem to present the new Yin and Yang of Editus.
In Tamarindo, Quepos and Tilaran, all Editus CDs are available exclusively at Jaime Peligro, where they will gladly sample the music for their customers.  jaimepeligro123@hotmail.com 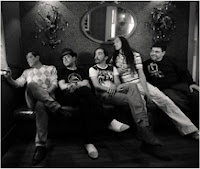 All comments concerning this article are welcome.
Posted by Jimmy Danger at 1:35 PM No comments: 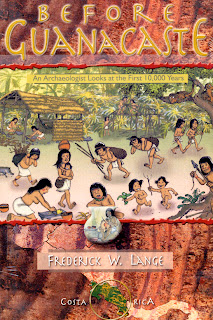 Fred Lange was twenty years old in 1965 when he first visited Guanacaste; he did that on a twelve-hour bus ride from San Jose’ to Nicoya. As he recalls the trip, the highway from Liberia was just being built and there were no hotels at all in Playa Tamarindo or on the Bay of Culebra. Mr. Lange, author of “Before Guanacaste”, has worked in most of the countries in Central America, studying, among other things, the social aspects of the pre-Colombian indigenous peoples throughout the Americas, including Canada, his home state of Wisconsin, New Mexico, Arizona and Mexico. He holds a doctorate in Archaeology and taught at the University of Colorado for more than fifteen years. He has studied the ruins and artifacts in Panama Viejo and Managrillo in Panama, Leon Viejo, Los Placerers, Acahualinca and many other important sites in Nicaragua, as well as “all the important sites in Costa Rica,” as he explained to me recently.
Through the new book, Lange explores the pre-Colombian area of northwest Costa Rica, dating back more than five thousand years. “There are a few sites that date back even farther than that,” he observed, “we have evidence that people went through Costa Rica enroute to South America some fifteen thousand years ago,” he explained.

Fred is also the author of “Paths to Central American Prehistory”, “Cultura Naturaleza Sin Fronteras” (Natural History without Borders), “Archaeology of Pacific Nicaragua” and “Archaeology of Lower Central America”. In addition, from 1975 to 1979, he worked on the restoration of both the National Museum of Costa Rica and the National Museum of Nicaragua, following its destruction resulting from the 1972 earthquake. To add to his resume, Fred was also a consultant in 1997, working on the installation of the archaeological halls at the National Museum of Nicaragua at both sites, in Granada and Managua. You could say he is a man of diverse interests in his passion.

In “Before Guanacaste”, Mr. Lange explains in lay, easy to understand terms to the reader, the development of civilization in that area starting, literally, with man’s arrival as a hunter and gatherer, and following his development to having communities, cultivating, and protecting their surroundings. As Lange points out, there were other, more dominant civilizations, i.e., Mayas to the north and Incas to the south, developing around Guanacaste, but that “these bigger and more powerful civilizations never controlled Guanacaste of Costa Rica and the main evidence of their presence or contacts here is in the occasional artifact or asymbolism present on artifacts made in Guanacaste.” Little is known about Costa Rica’s early civilization because, as Lange concedes, “throughout the world, non-architectural cultures play second fiddle to cultures that built architectural remains”. With his new book, Fred allows the reader to view a common village of indigenous Costa Rican people, to watch them as they pass through the toils of a normal day: hunting and fishing, gathering food and constructing their habitats, practicing their religious observations and their social patterns. It is remarkable to learn just how peaceful these indigenous people were. It is also interesting to watch the development of the societies as they hone their skills, literally through millennia. Fred Lange has turned out a great hands-on view of the dawn of man in this area.
All comments concerning this article are gladly welcomed.
Posted by Jimmy Danger at 3:28 PM No comments: