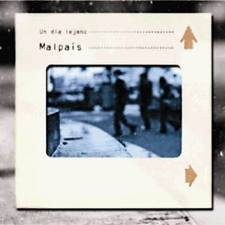 The Expanding World of Malpais

Just six years ago, the Costa Rican band Malpais released their first album, “Malpais Uno”. The music, a kind of modern folkloric sound with Guanacastecan roots, received an immediate positive response from the public. Malpais had filled a void. In 2004, for their second CD, “Historias de Nadie”, the five piece band added Gilberto Jarquin as a second drummer for most of the recordings, working alongside Carlos “tapao” Vargas, percussionist extraordinaire. The band liked this new addition and the group grew to six members. The listening audience approved, too, as the fan base of the band skyrocketed. By the time they recorded their third disc in 2006, “Malpais En Vivo”, they had become the most popular band in the country, verified by the crowd response on this live CD. The album was also notable in that it introduced some new songs and used female vocalists as well.
Nowadays, a new Malpais album is a national event. Their newest offering, “Un Dia Lejano” is sure to please their current fans and certainly bring the band new ones at the same time. The two CD package contains twenty six songs, well over an hour and a half of music, including a studio version of “Rosa de Un Dia”, which was introduced on the live album. Daniella Rodriguez also made her debut on the live disc and has stayed on to provide lead vocals for some songs and backing vocals on others. Daniella is a good example of how the band has grown over the years, adding personnel and expanding their musical directions. 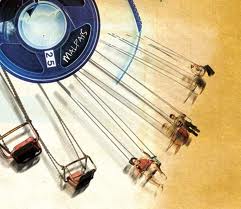 The band has always been a prolific group of musicians, each with their individual projects. Fidel Gamboa, the main songwriter, obviously he had a good number of new songs to unveil. I like the fact that the band released a double CD album because it gives the entire group a lot of room to play and demonstrate the various musical directions they are pursuing. Make no mistake, Malpais has remained “true to their school” of Guanacaste folk influence. But it’s also nice to hear Fidel rip through the guitar lead on “Efecto Mariposa” like I have never heard him play before and the entire band Rock & Roll their way through “Derechos de Autor”.

Other new musical shapes and colors on the album include Manuel Obregon leaning on his Hammond organ, stretching the notes, and the whole band rendering a symphonic sound at various times throughout the album. The chorus vocals are rich and more harmonic as well, a kind of new instrument for the band.
As always, Papaya has done an excellent job with the packaging of their product. The CD case is a double fold-out with a separate booklet for each disc, containing lyrics and other pertinent information. Everyone involved in this album is obviously very proud of their accomplishments. They should be: “Un Dia Lejano” shines brightly.
The new Malpais album and all Papaya CDs are available at the Jaime Peligro shops in Playa Tamarindo, Quepos and Tilaran, where they will gladly play the music for their customers. All comments concerning this article are welcome.
Posted by Jimmy Danger at 1:05 PM No comments:

Willow Zuchowski: With Her Head in the Clouds 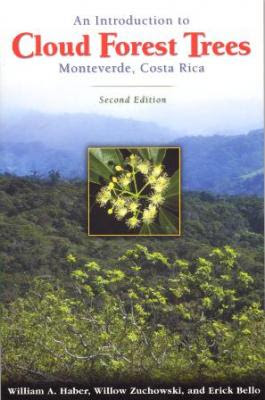 With Her Head in the Clouds

Willow Zuchowski needs a hat rack simply to distinguish her many occupations: this woman wears a lot of different hats. First and foremost, Ms. Zuchowski is a botanist who has lived in the Monteverde area of Costa Rica for nearly three decades. She visited Costa Rica a few times in the late Seventies as a vacationing botanist, then accepted a position in the early Eighties that allowed her to return to Monteverde to work as a field assistant on a hummingbird-plant interaction project and has called that area “home” ever since. Willow is also a renowned author with four books to her name, as well as a booklet of Common Flowering Plants of the Monteverde Cloud Forest and a four-fold laminate covering the Cloud Forest of Montverde. She writes passionately about this area. And Willow is an adept illustrator and includes her work in each of her books. Truly, the culmination of these endeavors makes Willow Zuchowski a formidable teacher and instructor. Her works are detailed and specific enough to serve any advanced botany student and yet straightforward and digestible for any lay person, such as myself. For me, this is an indication of a natural teacher.
A good example of the cohesive mix of her talents lies between the covers of the book “An Introduction to Cloud Forest Trees  Monteverde, Costa Rica”, for which she rendered all the illustrations. The text, written by William Haber, covers eighty-eight common species of cloud forest trees, indigenous to that locale. The book is separated into three cohesive sections, beginning with an overview of Monteverde that covers its geography, climate and soil, along with a description of the various forms of pollination and seed dispersal and an overview of the biodiversity of the vegetation there and in Costa Rica in general.
The second section of the book is the real meat of the publication, dealing with the identification of the trees, dividing them into ten major groups for the benefit of the reader. Willow’s illustrations are detailed and specific, testimony to her gift of communicating not only with words but with her drawings as well. The third and final section is a series of four appendices, including a very useful glossary of botanical terms. Author Mark Plotkin has been quoted as saying that, “this book belongs in the backpack of all nature lovers headed for Central America”. I agree wholeheartedly.
Willow’s other publications include “Tropical Trees of Costa Rica” and “Tropical Blossoms of Costa Rica”, two handy field guides, as well as the extensive “Tropical Plants of Costa Rica: a Guide to Native and Exotic Flora”. All of Ms. Zuchowski’s books are available at the Jaime Peligro book stores in Playa Tamarindo and Tilaran.
Her newest project is a native plant propagation and garden initiative called ProNativas, which had its impetus in Monteverde and is now spreading throughout Costa Rica.
So there we have it: Willow Zuchowski: illustrator and author, teacher, ecologist and botanist currently in search of a new tree, where she can hang her hats of many shapes and colors…
For readers interested in Ms Zuchowski’s Monteverde laminate, please refer to: http://www.massaudubon.org/shop/books.php?type=pubs.
All comments concerning this article are gladly welcome.
Posted by Jimmy Danger at 3:58 PM No comments: