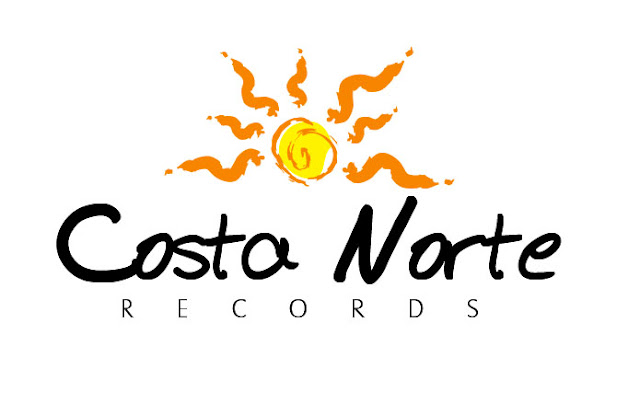 Max Urso is a busy guy, a tireless visionary. He started his recording studio and label, Costa Norte Records, in San Pedro Sula, Honduras in 1998, after hearing a rough cassette tape of Honduran singer/songwriter Guillermo Anderson performing and perceived a real need for a recording studio in the country. Both Guillermo and Garifuna singer Aurelio Martinez were recently included in the Central American Music Box CD, a compilation album demonstrating the musical diversity of this region. It is an accomplishment that all three of them are very proud about and happy to be a part of.
Max is now building a new recording studio “from scratch” and is hoping it will be ready in the near future. The new studio is also in San Pedro and will actually be next door to his house there, so when inspiration arrives, he will not have far to walk! He is also keeping the original name: Tarantula Studios. Sr. Urso already has plans to record the premier albums for two young, very talented local singer/songwriters, Rodrigo Cervantes and twenty-four year old phenom Sonny Moran, who is already receiving notice for his single “Misterio”. Sr. Urso also informed me of a new Guillermo Anderson CD in the works for 2011, his twelfth in as many years for Costa Norte. Guillermo is the label’s best known artist, with fans all over the world. It looks like Urso’s new recording studio will be busy as soon as its doors open.

Max Urso was a member of Khaos, the second Rock ‘n Roll band to form in Central America. He now plays in The Khaoticos, who have the distinction of being the only Central American group to be invited to play on “Strummer”, a tribute CD to The Clash. The band has been steadily recording new material and they would like to have enough material and time to record a new CD (their third) this year, too. Urso is also very proud to have had the opportunity to work with Joey Ramone, on a record Max produced in New York more than a decade ago for an Italian band called Senzabenza. He should be very proud of what he has created at Costa Norte Records, too.
We talked about how musical influences fail to recognize manmade borders, how musical styles like calypso and Garifuna have equal influences up and down the Caribbean, regardless of the name of the country. Certainly, both these styles of music that stretch along the entire eastern shoreline of Central America are well represented on the Costa Norte label. I know that one of Urso’s goals is for the music of Honduras and of all Central America to be heard on a further reaching scope.
So, now Costa Norte is a teenager! Max’s new recording studio should help the musical styles here to get the recognition they deserve. It may also serve as an incentive for musicians outside the area to come to Honduras to record, creating a whole new level of interplay. And that can only be a good thing for everyone involved. Happy birthday Costa Norte! 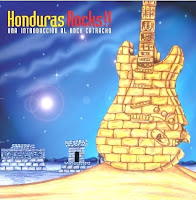 All comments concerning this article are gladly welcome.
Posted by Jimmy Danger at 11:20 AM No comments: 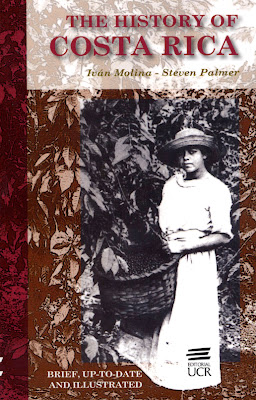 The History of Costa Rica

Recently, the University of Costa Rica published its third edition of “The History of Costa Rica”, the first of its kind to be translated and printed in the English language. Written by Ivan Molina and Steven Palmer, two of the leading and most recognized Costa Rican historians, the book is concise yet thorough and current, spanning this country’s rich history from the arrival of human beings, at around 12,000 B.C., to the beginning of the Twenty-First Century, including the bulk of Arias’ term as president of the country.
This is the fifth book to be written in collaboration by these two authors. Palmer has a Ph.D. in Latin American History from Colombia University in New York and Molina received his Masters degree in History at the University of Costa Rica, where both men have taught. Their books have won many prestigious awards, including the Aquileo Echeverria National Prize in History, the Cleto Gonzalez Viquez Prize in History and the Ancora Prize from La Nacion, Costa Rica’s premier newspaper. The book comes armed with eight different maps, more than eighty photographs, paintings and drawings, a comprehensive bibliography and an index that offers its readers a handy, thorough reference and complete chronicle of key events in Costa Rica’s history.
It is important to note the “The History of Costa Rica” is not published by the Tourism Agency. Rather, it covers the essential background and characteristics of the country that the reader is living in or visiting. There are no descriptions of menus from restaurants that have paid to be mentioned or phone numbers to make reservations at a hotel near a volcano or the beach. What the reader does get in this publication is a ringside seat on a safari with prehistoric hunters, their means of domesticating local vegetation and the subsequent formation of tribal societies, their cultural practices and how they progressed. One is allowed to witness the arrival of Cristoforo Colombo at Puerto Limon, then called Cariari, in 1502, and Ponce de Leon’s visit to Golfo de Nicoya seventeen years later. The reader is given privy to view the “civilized” diseases from Europe, such as typhoid, influenza and slavery, reduce the population of indigenous peoples from an estimated 400,000 to a mere 10,000 in less than a century. It would then take Costa Rica more than three hundred years to replenish this original population. You will also learn how San Jose’ flourished due to the tobacco cultivation there; and you can watch the establishment of the United Fruit Company and their systematic deforestation of surrounding terrain in order to plant groves of bananas, sugar cane and coffee – the “Golden Bean”.
The reader is also invited to mingle with the cultural swell of the 1930s and watch the social reform and flirtation with communism during the ‘40s. You will also learn how the Civil War in 1948 abolished the military here. It also gave women and all black people the right to vote and implemented the formation of everyone’s good friend, ICE (the Costa Rican national electric power company). The reader is there when then-president Oscar Arias Sanchez receives his Nobel Peace prize in 1987 for refusing to allow then-president Ronald Reagan to bring in the U.S. militia. Indeed, the Costa Rican people have a lot to be proud of in their lengthy fight to establish and preserve democracy in their Jewel of Central America.
“The History of Costa Rica” is available at Jaime Peligro book shops in Playa Tamarindo, Nuevo Arenal and Quepos.All comments concerning this article are gladly welcome.
Posted by Jimmy Danger at 1:44 PM No comments: