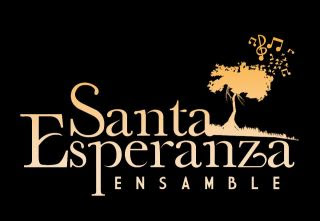 The Beautiful Country of Santa Esperanza

There is an old adage in journalism that says, “Write about the things you know”. For music, I suppose they say, “Write songs about the things you know”. It sounds simple. But the hallways of the overpopulated literary and music worlds are littered with material written by people composing things they definitely don’t know about. In the industry, there is a technical name for these people: “Wannabes”.

So, when I heard about a jazz band from Santa Cruz, I was both curious and skeptical. Jazz, after all, has traditionally been identified as an urban style of music. But this quartet more than proved their worth at the recent Tamarindo Jazz & Blues Festival, held at Ristorante La Laguna del Cocodrilo. At that show, they played more of a straight jazz set, because they can, and that is what was expected of them. The band is comprised of Jose’ Contreras on flute, saxophone and lead vocals, Pedro Golobios on Bass, Mauricio Vargas on piano, and Greivin Vallejos handling the percussion. I spoke with the band after their set and found out they have a self-produced CD which has just come out, titled “Lindo Mi Pais”. Listening to it the first time through, it was quickly obvious to me that these guys are apostles of Rule #1 in writing (see above). The songs are like a travel guide to Guanacaste. In fact, the first song on the disc, “Santa Cruz”, is demonstrative of the format for the whole disc. It is rife with local references of all things Guanacastecan. The terrain and divergent landscapes are constant reference points on the entire CD, as are the pueblos and townships of Filadelfia, Santa Cruz, Monteverde, Diria, and Tilaran. Even Liberia gets a mention or two. 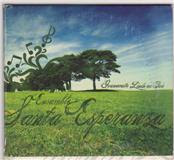 When I spoke with Pedro about this venture, he echoed a concept that is recurrent among modern day Costa Rican musicians. The trend throughout this country has been to preserve traditional, historic musical styles, presumably to keep them from fading into obscurity, while adding your own, contemporary signature to the style of songwriting. This has been anathema for Papaya Music, the biggest recording label in Costa Rica. The goal of Santa Esperanza is regionalized to Guanacaste, as they stay true to Rule #1. I mentioned to Pedro that the goal and style reminded me a little of the Tierra Seca CD, on the aforementioned Papaya label. His eyes lit up, as he asked me, “How do you know about Tierra Seca?” As it turns out, the bandmembers are friends and musical associates of Max Goldenberg, one of the two founders of Tierra Seca, a folkloric Guanacaste band, with a similar mission statement.

So, “Lindo Mi Pais” is not what I would term a traditional jazz composition. The two instrumentals on the disc, “Malamba” and “Nosara”, certainly fall into this category. With their catchy saxophone hooks and refrains, they sound like something you might here late at night in a quiet bar anywhere in the world. The rest of the songs on the CD, all of them also originals by the band, are basically modern Guanacaste folklore, with Santa Esperanza’s own spin on it. In this case, beyond the traditional local music, the band has an at least jazz-influenced approach. There is a very comfortable feeling in the end result. And well there should be. They are playing music about the things they know.

The Santa Esperanza CD, “Lindo Mi Pais” is available at Jaime Peligro book store in Playa Tamarindo, Quepos and Tilaran, where they will gladly sample the music for their customers. All comments concerning thhis article are welcome.
Posted by Jimmy Danger at 1:44 PM No comments: